Every night, without fail, people across the world climb into their beds and shut down for hours. This phenomenon we call “sleep” is something we are all very familiar with, but how exactly does it work? Up until the 1950s, it was widely believed that sleep was just a passive period of unconscious rest, but now we know that it’s a complex process that is essential to the rejuvenation of the body and mind. During sleep, the body moves through five different stages of both REM (rapid eye movement) and NREM (non-rapid eye movement) sleep. Over the course of the night, the body will go through this five-stage cycle four to six times, spending an average of 90 minutes in each stage.

Each stage of sleep serves a unique restorative function, including muscle recovery, hormone regulation, and memory consolidation, making it essential to allow enough time to cycle through all sleep stages. Without a full night of sleep, your body and mind are deprived of the essential elements needed to help you conquer the day.

Stage one of sleep, also known as the transitional phase, occurs when one finds themselves floating in and out of consciousness. During this NREM stage, you may be partially awake while your mind begins to drift off.

This period of drowsiness eventually leads to a light sleep. This is also the time when the muscles jerk, followed by a falling sensation that jolts you back into consciousness. This experience is known as hypnic myoclonia. After winding down in stage one, your sleep cycle will slip you into stage two.

Almost 50% of the time spent asleep over the course of the night is spent in stage two. Stage two is also a non-REM phase and is one of the lighter stages of sleep. Even though it is a light stage, the heart rate begins to slow and the core body temperature decreases.

During stage two, eye movement stops and brain waves slow with the occasional burst of waves called sleep spindles. Stage two can also be characterized by the unstructured periods that alternate between muscle tone and muscle relaxation.

Slow wave sleep is a NREM phase of sleep, and is the deepest sleep that your body enters throughout the night. It is called slow wave sleep because the brain waves slow to what are known as delta waves with the occasional faster wave. As the body moves from stage three to stage four, the number of delta waves increase and the faster waves decrease.

In addition to the deep sleep caused by the delta waves, blood pressure drops even further, and breathing becomes deeper, slower, and more rhythmic. During slow wave sleep there is no eye movement, and the body becomes immobile.
However, even though there is no muscle movement, the muscles still have the ability to function. These are the stages when children sometimes experience nightmares, bedwetting and sleepwalking.

Stages three and four of sleep are extremely rejuvenating to the body. During slow wave sleep, hormones are released that aid in both growth and appetite control. The growth hormones help to replenish muscles and tissues that were exerted over the course of the day, and the appetite controlling hormones help limit feelings of excessive hunger the following day.

These hormones are essential to the development of a strong body and help control unnecessary over-eating. In addition to the release of critical hormones, the blood flow to the muscles increases, providing restorative oxygen and nutrients.

Stage five is the only stage of rapid eye movement (REM), and is unlike any other sleep phase because the brain is bursting with activity. Most adults spend about 20% of sleep in REM, while infants spend almost 50%. During non-REM sleep, the mind rests while the body heals, but in REM sleep the mind energizes itself while the body is immobile.

REM sleep is called as such because the eyes dart in various directions while the limbs and muscles are temporarily paralyzed. Breathing becomes shallower and irregular while the heart rate and blood pressure rise from the levels they were in previous stages.

Most dreaming takes place in stage five as a result of heightened, desynchronized brain waves, almost similar to being awake. This stage of sleep revitalizes the brain, supporting sharp and alert daytime function.

Individuals begin waking up at the end of stage 5. Upon waking up, an individual’s core body temperature begins to rise in order to prepare the body for the activity of the day ahead.

Understanding how sleep cycles work is important in order to maintain a healthy mind and body. BedJet helps you get quality, uninterrupted sleep each night. Using proprietary biorhythm sleep technology, the BedJet utilizes temperature control to help promote your body’s optimal core temperatures throughout the night. In turn, this helps trigger your body to get to sleep faster, stay asleep longer, and wake up feeling refreshed.

The Importance of Sleep for Athletes 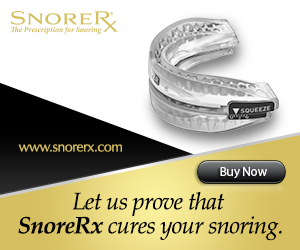 The Importance of Sleep for Athletes0 Total Shares

What Are The Best Mattress Under $500 – Sleeping Zones
What to Consider When Choosing a Cooling Pillow Pad – Sleepingzones
Bedjet Blanket: Why Cool Temperatures Are Best For Sleep
The Perfect Standard Temperature For Sleeping
5 Best Sleeping Bags For Tall Guys – 2019 Buyers Guide
Best Air Compressor for Home Garage For 2019
The Importance of Sleep for Athletes
5 Stages of Sleep: Your Sleep Cycle Explained
BedJet vs. Electric Blankets
Meet Canon’s New Sumire Prime PL-mount Lens Collection